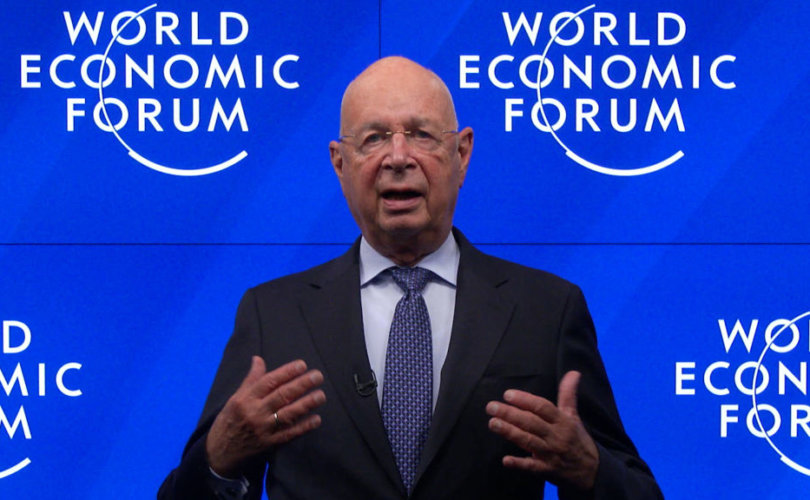 The World Economic Forum is advocating for the abolition of “wasteful” private vehicle ownership for the planet’s greater good as the organization attempts to advance its “Great Reset” agenda and transform the world so that the average person will “own nothing.”

“We need a clean energy revolution, and we need it now,” states a WEF’s July 18 article titled, “3 circular economy approaches to reduce demand for critical metals.”

“But this transition from fossil fuels to renewables will need large supplies of critical metals such as cobalt, lithium, nickel, to name a few. Shortages of these critical minerals could raise the costs of clean energy technologies,” the forum continues.

“The average car or van in England is driven just 4% of the time. While most already have a personal phone, 39% of workers globally have employer-provided laptops and mobile phones. This is not at all resource efficient,” the WEF states. “More sharing can reduce ownership of idle equipment and thus material usage.”

The WEF recommends the public abandon use of the vehicles they own and instead opt to share a ride by “car sharing and links to an article published by Tree Hugger to that details what “car sharing” entails.

“Car sharing platforms such as Getaround and BlueSG have already seized that opportunity to offer vehicles where you pay per hour used,” the organization notes. “To enable a broader transition from ownership to usership, the way we design things and systems need to change too. For example, car sharing is made possible by new keyless unlocking features. Similarly, user profiles that create a distinction for work and personal use on the same device is needed to reduce the number of devices per person.”

Banning private ownership in its entirety is essential, according to the WEF.

“A design process that focuses on fulfilling the underlying need instead of designing for product purchasing is fundamental to this transition,” the WEF continues. “This is the mindset needed to redesign cities to reduce private vehicles and other usages.”

Earlier this month, the WEF also published a position paper claiming gas prices must increase to save democracy.

Policies must be implemented to increase the prices of alternatives to green energy, the WEF argues in the July 11 article.

Ignoring the advancement of a “low-carbon economy could put democracies in greater economic peril, not less,” the forum warns:

First, leading democracies should agree to end the underpricing of fossil fuels, which is the principal factor preventing a clean energy transition. The underpricing associated with producing and burning coal, oil and gas amounted to $5.9 trillion in economic costs in 2020. Nearly a quarter of these losses – $1.45 trillion – occurred in 48 major and smaller democracies.

The leading democracies of the G20 should collectively commit to phasing out cost and tax breaks for the production and consumption of fossil fuels. They should also phase in more efficient pricing of fossil fuels through taxes or tradable permits to cover the costs of local air pollution, global warming, and other economic damages.

Aerospace Engineer and Former State Senator Patrick Colbeck Releases a Must-Read: “The 2020 Coup, What Happened. What We Must Do”